Modern house Casa Invisible easily manages to camouflage in its surrounding landscape. It’s reflective facade as a mirror, reflects on itself the whole foliage and urban environment, changing the character according to the seasons and various bystanders. Designed by the architectural studio Delugan Meissl, this private house actually is a wooden structure with a shiny facade that is flexible for installation in any space and land. 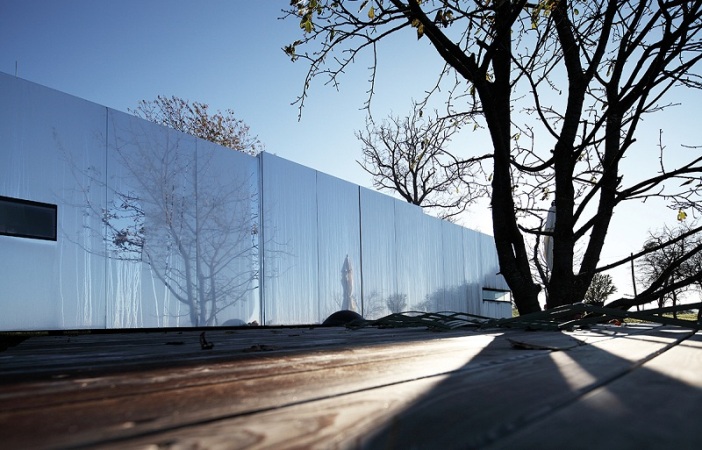 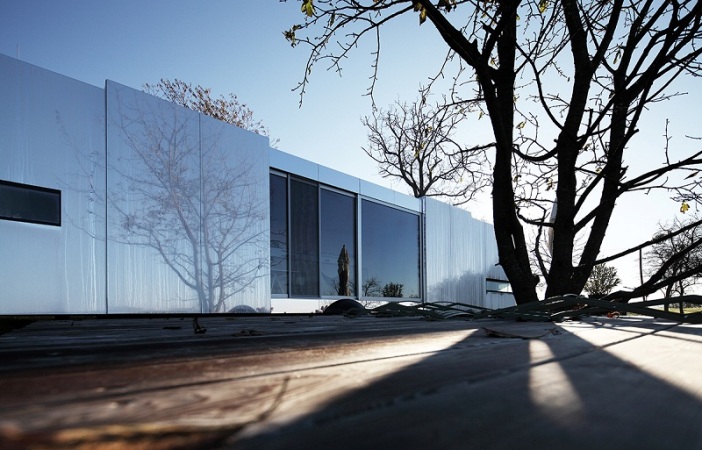 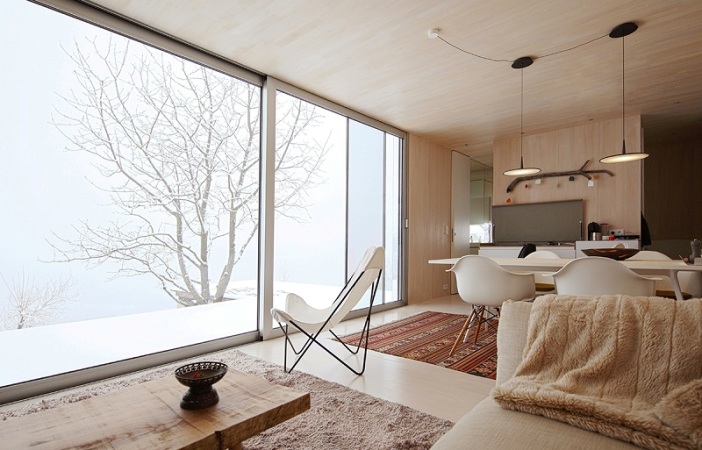 The wooden structure is characterized by dimensions 14,50 x 3,50, which guaranteed easy transport by truck. Except, practical for mounting and transport, Casa Invisible is flexible when it comes to interior design and the character of the facade because the architects offer a catalog with several designs for her appearance. Defined by the combination of innovation and mobility, Casa Invisible is an economical choice for housing, but also an environmental alternative, because with wooden modular elements it is easy to mount and dismantle, which leaves no traces in the landscape. 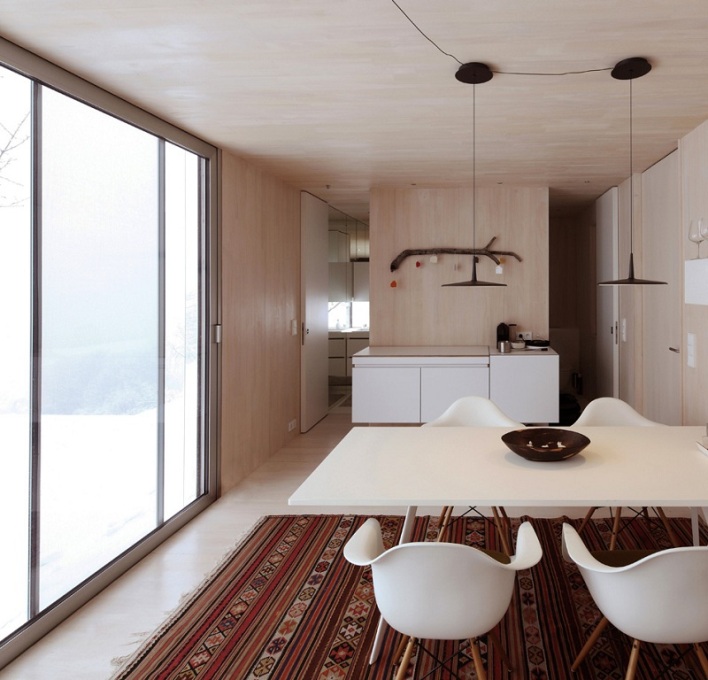 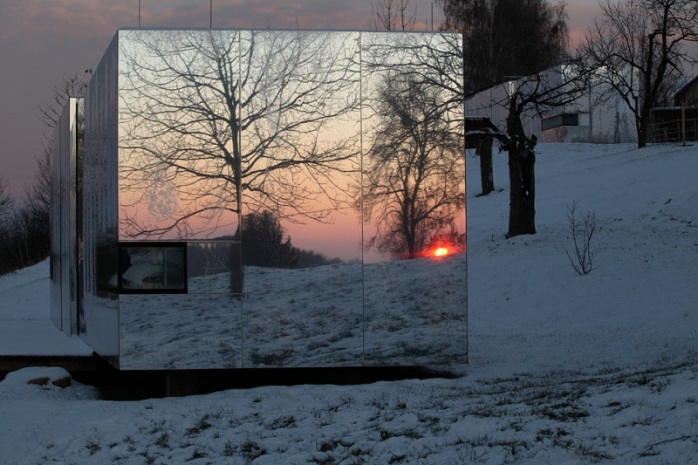 One of the options for the design of the facade of the Casa Invisible is a glossy reflective facade. With a reflecting facade, Casa Invisible fits in the environment and it changes its character with the changing of the surrounding. 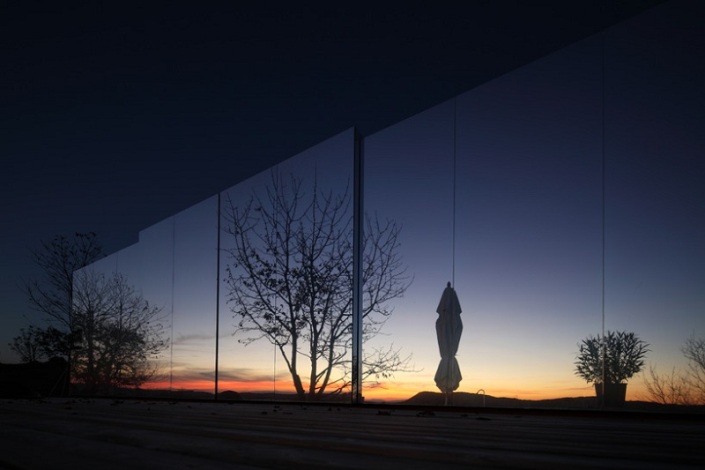 In the summer period, when the trees bloom and the grass will flourish in the facade is reflected the range of colors that makes the house warm and summer, and in winter, with snow reflection, facade changes into winter cold tagline. 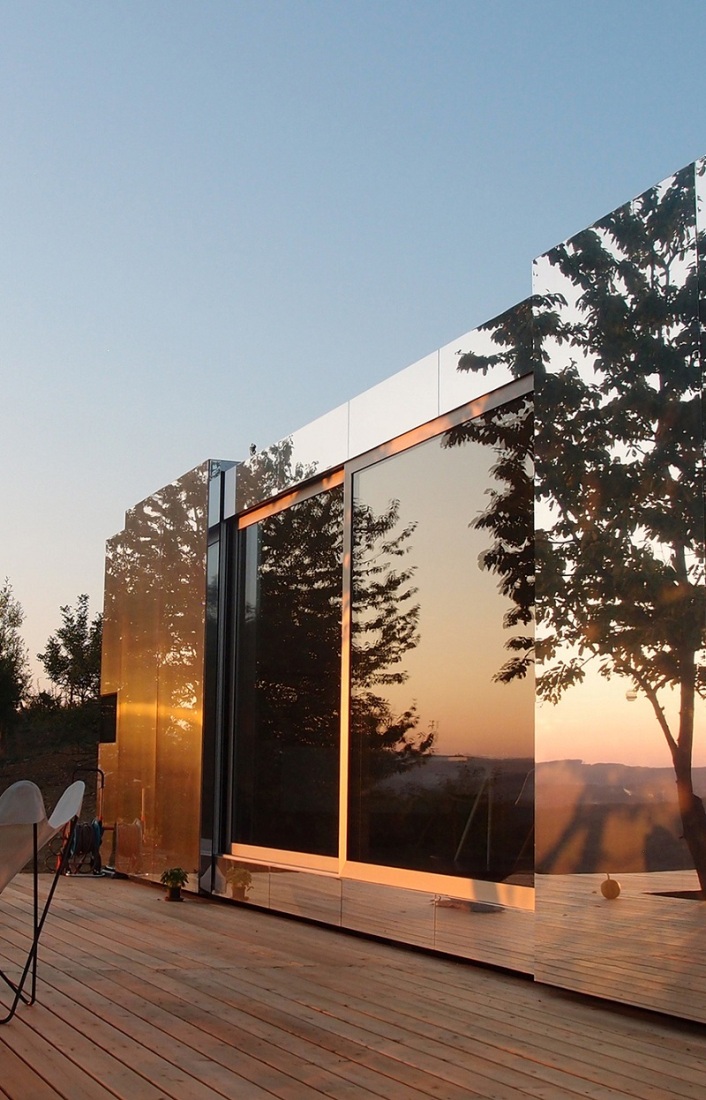